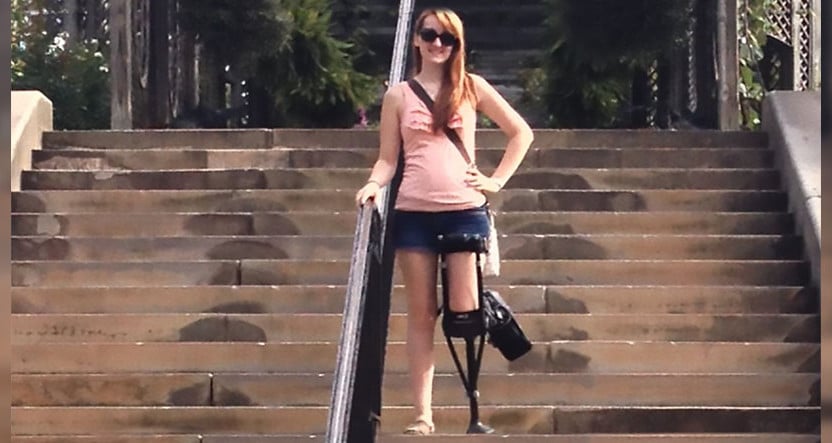 Posted at 11:06h in Stories by Brad Hunter
0 Likes
Share

Teenage years are hard enough. Now imagine spending all of them on crutches!  That’s what happened to Robin who was on crutches continuously from ages 11 to 19.

Robin was a bright, happy, and energetic child who dreamed of being on her school’s track team.  Then, at the age of eleven, she sprained her ankle. What should have been a routine injury turned into a series of  nine surgeries spanning ten years.  Instead of having normal teenage experiences with her friends, Robin spent her entire life as a teenager in casts, on crutches, or in a wheelchair. Robin Westerlund spent 90% if her teenage life on crutches. iWALK2.0 saved her 20’s! So how does a simple sprained ankle turn into an entire adolescence on crutches?  After the initial sprain wasn’t healing properly, Robin’s doctor found a bone fragment in her ankle.  Her first of many surgeries removed this bone fragment. While back on crutches for a second time in just as many  months, Robin’s recovery was finally progressing, and soon she was back in training.  Then, on the day of track tryouts, she rolled her ankle and re-injured herself.  Unknown to Robin, this marked the end of her dreams of making the track team and marked the beginning of her nightmare — spending her entire teenage life on crutches. Robin’s physician recommended taking bone and cartilage from another part of her body to fix her injured ankle. This would be the first of several failed bone and cartilage grafts over the next eight years of her life. Robin’s teenage years became an endless cycle of failed surgeries, casts, attempted recovery on crutches, and very limited mobility and independence. Crutches and ankle failure were Robin’s new uncomfortable normal during this trying period of her life.

Determined to save what was left of her teenage years, Robin’s family and medical staff sought out specialists at Rush Medical Center in Chicago and Duke University in North Carolina. Robin desperately hoped to find a physician who could finally fix her ankle and allow her to salvage what was left of her adolescence. Robin prepared for her eighth surgery at age 17. A major bone graft was necessary and might be the key to finally fixing Robin’s ankle. Unfortunately, her recovery would entail four to six months on crutches, and the previous 7 failed surgeries lingered in Robin’s mind. She faced the horrible prospect of spending the final months of her senior year on crutches. She also recognized that she would soon be living on her own as an independent adult. This would be impossible on crutches, so she desperately looked for something, anything, that might save her final months in high school and that could give her the mobility she would need to live on her own.

While searching for a knee scooter, Robin discovered the iWALK2.0 and her life changed immediately!

In a recent conversation with iWALKFree, Robin explained, “I love my iWALK2.0!! I have been so limited the last 10 years being on crutches. Now with my iWALK2.0 I can do anything I want!” While she was forced to spend most of her teenage years in and out of surgeries and on crutches, Robin found WALK2.0 just in time to rescue her twenties. She was preparing to live on her own, working, and earning an advanced degree. She credits iWALK2.0 with giving her the independence and mobility that allowed her to do it. “I have yet to find something that I cannot do when I am using it,” exclaims Robin. She has even taken up hiking and recently sent us a picture of her iWALKing the Appalachian Mountains! Robin recently had another ankle surgery – number nine! It was minor but still required Robin to be non-weight bearing. Robin used to dread her surgeries, mostly because it meant spending her recovery on crutches or in a wheel chair. But not this time! Now Robin had her trusty iWALK2.0 and knew that after surgery she could immediately resume her active lifestyle without  slowing down.

Robin recognizes that she may still need additional ankle surgeries over the course of her life, but iWALK2.0 has given her a chance to see the future in a positive light. Crutches are a thing of the past, and independence and mobility will always be part of her recovery. While Robin’s teenage years may have been stolen from her, iWALK2.0 will ensure that her future remains active and functional. iWALKFree is proud to be a part of Robin’s active and independent 20’s! We can’t wait to see where her iWALK2.0 takes her next! 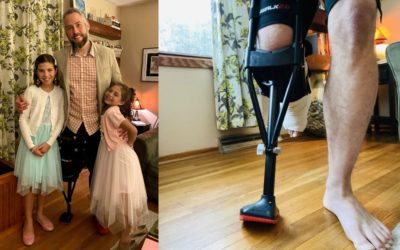 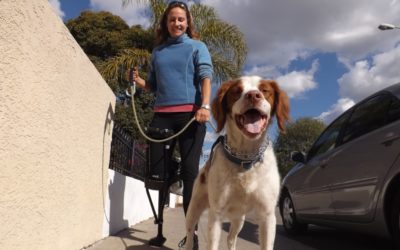