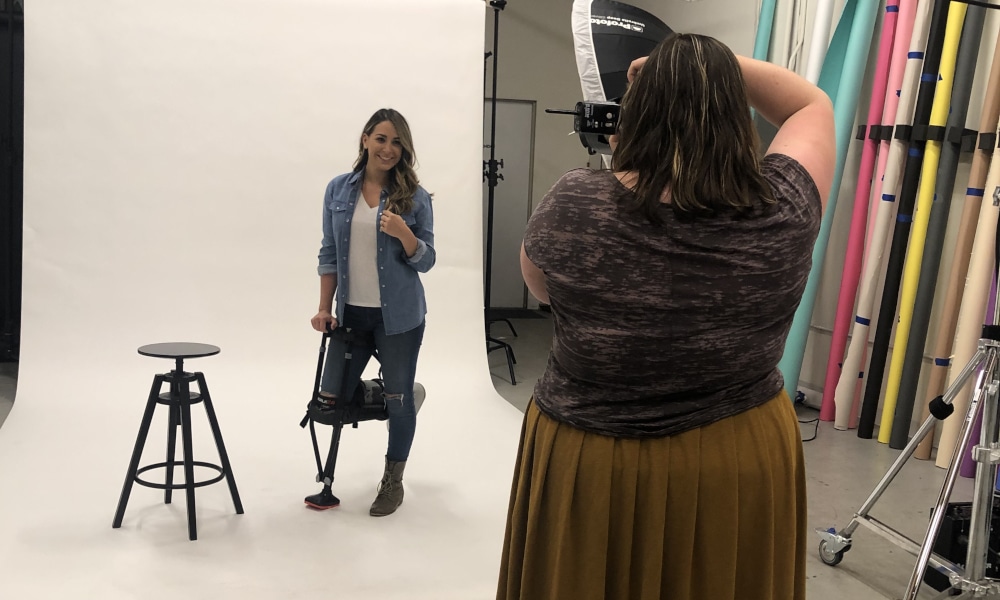 Posted at 06:18h in Stories by Natasha Boydell
0 Likes
Share

Celebrity spirit medium Monica Ten-Kate has revealed how she’s recovering from a nasty ankle injury with the help of a “life-changing” crutch alternative, which looks like a high-tech peg-leg.

The Monica the Medium star fractured her right ankle in two places and needed  surgery to insert a metal plate and screws. Her first concern was letting down the hundreds of people who had plans to travel from across the West Coast to attend her upcoming show in San Diego.

But after discovering the iWALK2.0, an award-winning crutch alternative, Monica was able to get back the much-needed freedom she had lost using conventional crutches. And she could still host her live Messages from Above event.

Monica, 25, comments: “At these events I like to walk around the stage, through the aisles and be very interactive. It took me a little longer to do so, but everyone got a kick out of seeing me on my iWalk2.0. Overall it was a great night.”

Monica, who grew up in Northern Virginia and now lives in San Diego, was injured in May during a virtual reality demo. After suffering two fractures and torn ligaments, she found out that it would be three months of non-weight bearing. She says: “I was so disappointed to learn how bad it was and that I needed surgery. I had all these plans and things I wanted to do this summer.”

Monica struggled with conventional crutches at first and also ordered a knee scooter but found both too restrictive. She says: “Crutches are tough because you’re not just out a leg, but you’re out two hands too. Something as simple as trying to get my cup of coffee in the morning proved to be a challenge. Doing any chores like laundry, washing dishes or even feeding my dogs was near impossible.

“I felt so helpless because I couldn’t do anything for myself and had to rely on everyone else. For someone who’s normally very active and independent, that’s been the hardest part for me.”

After doing some research, Monica discovered the iWALK2.0 online. Within hours of it arriving, she was walking on it confidently around her house.

She says: “The iWALK2.0 has helped me so much, not just physically, but mentally as well. The difference in my mobility and mood since getting it has been night and day.”

Monica adds: “I work in a building with two sets of stairs and no elevator, so without my iWALK2.0, I’d be out of the office for months. When it comes to navigating stairs and getting in and out of Ubers or Lyfts, you can’t even compare it to crutches or a scooter. It’s a no brainer.”

While Monica still has over a month left off her feet, she’s looking forward to making the most of her summer. She hopes to be comfortably walking again by this fall, in time for the release of her first book Messages from Above, where she shares insights, wisdom and stories from the Other Side.

With a laugh, she comments, “I’m sure my readers would never guess that I was photographed for the cover of my book while wearing my iWalk2.0!”

She adds: “I can’t wait to get through this recovery, but until then, you’ll see me walking around on my peg-leg!” 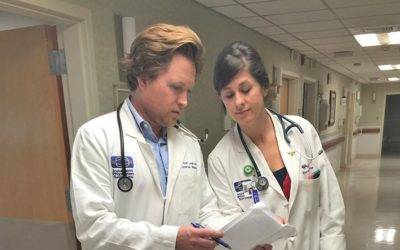 Orthopedic surgeons, cardiologists, and internists, and many others in the medical profession are recognizing the profound benefits of using iWALK2.0 in lieu of crutches or a knee scooter. 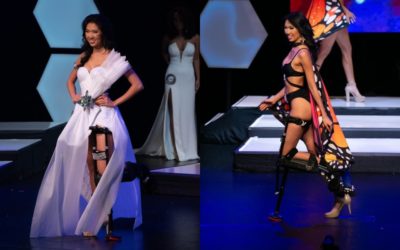 A Miss Florida USA contestant who damaged her ankle while training for the beauty pageant took to the stage anyway, with the help of a hands-free crutch.