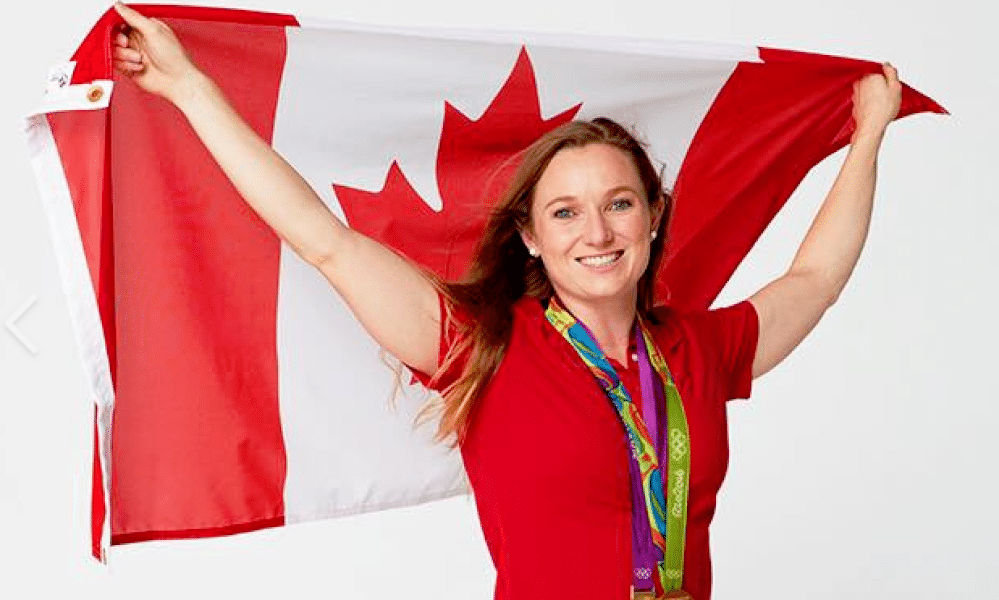 Posted at 12:45h in Stories by Natasha Boydell
0 Likes
Share

Breaking your ankle and having to use conventional crutches is inconvenient for anyone. But what if you’re a top athlete preparing for the next Olympic games?

Canadian trampolinist and double Olympic gold medallist Rosie MacLennan knows. She sustained an ankle fracture when she landed awkwardly competing at the World Cup in Minsk. With just a year until the 2020 Olympics, Rosie was determined to recover and get back to training as soon as possible so she could qualify for her fourth games.

But traditional crutches were making simple everyday tasks impossible, let alone keeping fit and continuing her training. Rosie, who won Olympic Gold in both 2012 and 2016, says: “Traditional crutches restrict you from doing so many things that you take for granted. The biggest challenges were everyday tasks like grocery shopping, cooking, even making my morning cup of coffee.

“My hands were getting sore and my upper body was fatigued. Being on crutches is so challenging. It was hindering my routine and preventing me from doing the things I needed to maintain my nutrition and lifestyle.”

Going to the gym with a broken ankle

Once she started using the iWALK2.0 Rosie’s everyday life was transformed.  She continued to do workouts at the gym to accelerate her return to trampolining. The hands-free crutch enabled her to stay active.

She says: “I’ve been doing a lot of core work and pilates in my training. The iWALK2.0 was really useful in getting me to, from and around the gym. I had to alter my workouts and be a bit inventive, but it kept me focused and helped me to recover.”

Rosie adds: “The iWALK2.0 has a lot of benefits. I’ve already recommended it to a friend in the Canadian soccer team who has an injury.”

Rosie is working with her sports psychologist to prepare for the challenges she expects to face as she returns to the trampoline.

She says: “I’ve had to rethink my plans and get creative. I’m sure I’ll have doubts and frustrations as I prepare for the World Cup Circuit that qualifies for Tokyo 2020. But I know I’ll come out stronger for it. Being able to stay active and to live my day to day life has made a big difference. Now my focus is on getting back to the trampoline.” 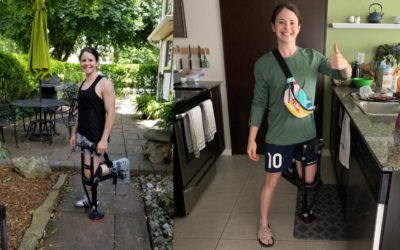 Soccer star Diana Matheson talks about her disappointment at missing the World Cup after a foot injury, her dread of crutches and how a hi-tech peg leg is helping her recovery. 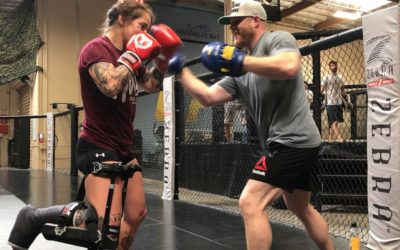 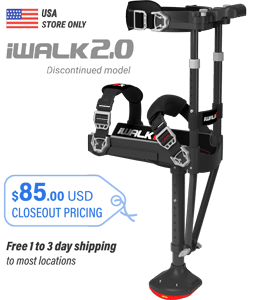