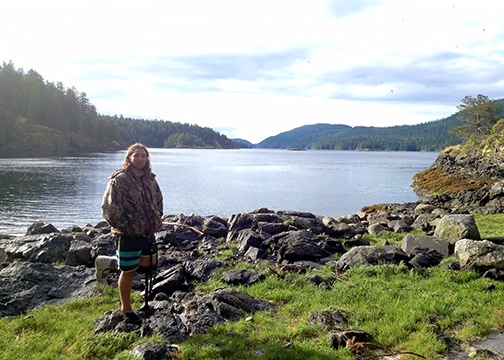 Posted at 11:42h in Stories by Brad Hunter
0 Likes
Share

iWALK2.0 Saves Summer Vacation for One Teenager with a Foot Injury

There is no better test of a product’s durability than extended use by a teenage boy. Meet Nolan: an active high school student who is also an avid outdoorsman. Unfortunately, this summer, Nolan found himself with a foot injury, which required that he be non-weight bearing for an extended amount of time. Nolan was given crutches and quickly discovered that they were painful, cumbersome and challenging. He became sullen and withdrawn, recognizing that he was going to miss out on hiking, fishing and camping trips with friends over the summer. But iWALK2.0 saved this teenager’s summer vacation!

A foot injury is bad enough for a teenager, but over Summer Vacation? What a drag! Nolan’s Mom, Maggie, recognized the effect that Nolan’s injured foot and resulting lack of mobility was having on Nolan’s mood. She knew she had to step in and save his summer. Searching for an alternative to crutches she found the iWALK2.0 and bought one immediately. Nolan is a big, strong kid and, while he was at the upper height and weight limits of the hands-free crutch, he adapted to it quickly. He was soon trekking through the forest with his buddies again.

The iWALK2.0 has been rigorously tested both clinically and by the public. iWALK2.0 users have walked through Mayan ruins in Mexico, castles in Scotland, and on the beaches of the Caribbean. But Nolan gave it a true work out with his intense activity level and large stature. Hours upon hours of use in the outdoors put the foot sole and knee padding through an incredible endurance test, and they eventually wore out. Nolan’s Mom contacted the team at iWALKFree and asked for replacement parts.  Improvements to both the knee padding and foot sole had recently gone to market, so the iWALKFree team sent Nolan the new Vibram sole and thick triple layer platform padding. Over the few days that it took to ship the replacement parts, Nolan had returned to using traditional, awkward crutches. In that short period of time, Nolan’s demeanor darkened,  and he and his mom were quickly reminded of the benefits of the iWALK2.0. They were ecstatic when the package arrived, Nolan immediately upgraded his iWALK2.0 with the Vibram sole and new knee padding. Hands-free mobility once again restored Nolan’s active lifestyle. We are happy to report that Nolan loved the new Vibram sole. He reported more stability and sense of security on rough terrain. In addition, the sole stayed free of debris even when trudging through the wilderness. And it was much easier to clean after day spent fishing on muddy banks.

Looking back on the summer, Nolan and Maggie remembered thinking that that they were in for a pretty bleak summer. Crutches were the teenager’s worst nightmare, but the iWALK2.0 shifted his mindset. Declining social events and and feeling frustrated trying to complete even the simplest tasks were things of the past. The iWALK2.0 allowed Nolan to spend an active and very mobile summer with friends. We wish him a speedy recovery and lots of luck for a good school year! 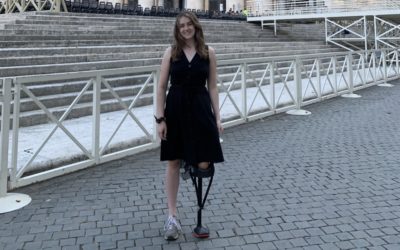 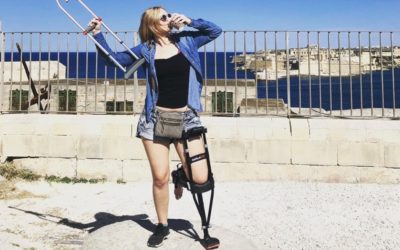 Round The World With A Broken Ankle